This week, we have quite some outstanding music from great indie artists like Bishop Briggs, Iggy Pop, Alabama Shakes, Brittany Howard, The Pixies, Wilco, and last but not least Sleater-Kinney.

Moreover, we also have a very interesting latest release from Jack Antonoff’s latest project, Red Hearse. This release came together with a video starring St. Vincent.

Check out this amazing line-up we made for you.

Bishop Briggs has made her comeback with a new video for her robust new single “champion”. Bishop Briggs says that she wrote this amazing song when her self-esteem was at an all-time low.

He has just announced that his album “free” will be released on 6th of September. As part of his major announcement, he decided to drop the title track of his album.

The Red Hearse, which consists of Sounwave, Samdew, and Bleachers’Jack, has just released a video for their latest song, “Half Love” directed by Grant Singer.

The Pixies just released a new video for their latest track. The video was directed by Kii Arens and Bobbi Rich. 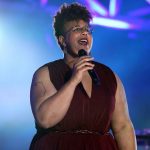 NEW INDIE SONGS YOU NEED TO LISTEN TO THIS WEEK 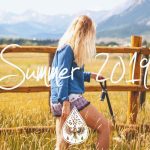