Band T-shirts are not very rare to see. Men and women who love particular bands, may they be rock or pop bands, go the extra length to show the members some love and support. One of their ways is wearing custom t shirts Canada of their favorite band. It’s fairly common, it doesn’t make controversies, and it’s a good way to show support.

Let’s say that you are a super fan of one of these cool bands. It’s quite expected of you to support them in whatever way you can. Of course, buying their band t-shirts is included on the must-do list.

However, what’s not expected of you and would totally be uncool is to wear said band’s custom t-shirts right on their concert. The mere fact that you paid a certain price to listen to them and jam to their songs already says that you’re a fan; no need to rub it too much by wearing the band shirt on the concert itself.

Don’t Wear Band T-shirts of Your Own Band

Last in this list is wearing band t-shirts of your own band. Marketing strategies of a band differ from that of other business companies. You cannot market your own band too hard. The recognition should be coming from other people. Fans and supporters should be the first ones to wear your band’s t-shirts, not you or any other band member.

Design Band T-shirts for Everyone

When it comes to designing band t-shirts, the designer should keep in mind that the t-shirts should be two things: comfortable and wearable by anyone. Whether it’s the ladies, the men, or the moms, the design of the shirt should be suitable.

Think of the Design as Your Statement

Much like a company logo, the design of your band’s custom t-shirts should be representing the band. It has to say something about your music so put much thought into it, and while you’re at that, make sure that the design is not rude in any way. Keep in mind that making a statement and being rude are two entirely different things.

Band shirts are supposed to serve as souvenirs which is why it’s completely weird to sell them before fans have heard any of your songs. Do not release band t-shirts before the release of your album.

Don’t Sell Your Own Band’s Shirts

Like what’s been already established in the earlier rules, you should not be the one advertising your band full time. Yes, appearances here and there are a must, but selling your own band shirts is a major no-no.

No, it’s not a crime to break any of these rules, but following them would surely put you, whether you are a band member or a fan, in a better light. 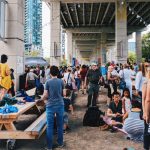 TORONTO ADVENTURES TO ENGAGE IN THIS WEEKEND 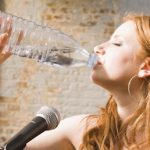 The Significance of Staying Hydrated for Singers 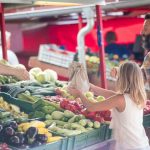 WHERE TO FIND EVERYDAY FARMERS MARKET IN TORONTO